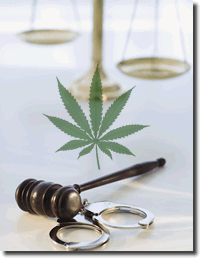 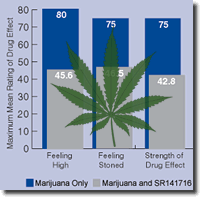 Marijuana statistics indicate that marijuana is the most commonly abused drug in the united States. A recent government survey tells us that nearly 69 million Americans over the age of 12 have tried marijuana at least once. About 10 million had used the drug in the month immediately prior to the survey.
The latest marijuana statistics treatment data indicate that in 2006 marijuana was the most common illicit drug of abuse and was responsible for about 16 percent (289,988) of all admissions to treatment facilities in the United States. Marijuana treatment admissions were primarily male (73.8 percent), White (51.5 percent), and young (36.1 percent were in the 15–19 age range). Those in treatment for primary marijuana abuse had begun use at an early age: 56.2 percent had abused it by age 14 and 92.5 percent had abused it by age 18.
Marijuana statistics reflect that marijuana is so popular (39.8 percent of the U.S. population has tried marijuana at least once) in part because it is regarded as a relatively "safe" drug. However, efforts to educate youth about marijuana abuse may be contributing to its slight decline.

Marijuana statistics show that marijuana use becomes a gateway to other drugs of abuse. That is, those who use marijuana are more likely to move on to "harder" and more dangerous drugs like heroin and cocoaine. Marijuana statistics (SAMHSA) also reports that the younger someone is when he or she uses marijuana, the more likely he or she is to use other drugs when they reach adulthood.

The following marijuana statistics show marijuana use in relation to other drugs of abuse: 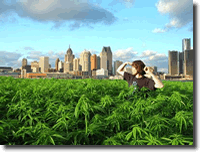 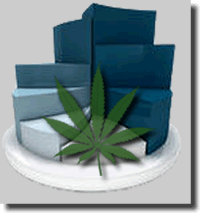